A specialist agri-tech business based in Cornwall, has introduced a new service to give farmers and food producers access to real time alerts about their operations.

With the ability to alert when action needs to be taken on everything from water leaks to temperature fluctuations in cold food storage, it has the potential to save significant amounts of time and money.

Glas Data has spent three years developing and refining its GlasCore dashboard, which displays all of a farm’s data in one easy to understand dashboard, which can be primarily viewed on a mobile phone, tablet or computer.

The latest development is the introduction of real time alerts. The system can be set up to monitor the data that matters to the farmer and a text message or email can be sent to draw their attention to any issue that needs action. Alerts can be sent to multiple users.

“The system can be set up individually for each farmer or food producer, to track exactly what they need and alert them to issues of concern. This means they can react quickly and take mitigating action that could save significant costs, before small issues become a serious problem. The system has been designed to work with businesses of any scale. You can adopt this if you have only one thing you care about or if you need 1000’s of sensors and alerts sent to 100’s of employees,” explains Colin Phillipson, co-founder of Glas Data.

The technology has many applications and can be used wherever data can be collected. For example, sensors could monitor waste water tanks, and send an alert when they need to be emptied. For food producers, the ability to alert if the temperature of fridges or freezers reaches a certain level, could allow a quick response to save produce if a cooling system fails.

Other potential applications include an alert when gates are left open, water troughs need filling up, if voltages for electric fences fall too low, or to alert when a bore hole pump fails.

Colin Phillipson adds: “The system has been designed to be simple and easy to use. Technology can become overwhelming and use up more time than it saves if farmers and food producers need to log in to multiple apps and websites. With GlasCore, all of the data

they need is available in one place, with one log-in and our new real time alerts, means that even more time and money will be saved.”

Glas Data works with Ver Facil, a specialist in Internet of Things sensor technology. The current range extends to over 60 sensor devices for use in agriculture, with more in development. The sensors use LoRaWAN (long range, low power) technology. 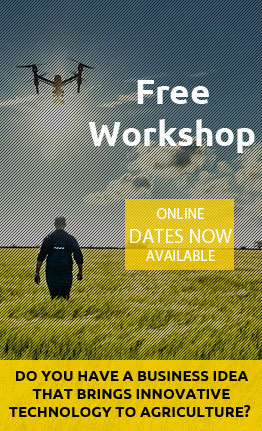