Arable farmer Colin Chappell from North Lincolnshire has been awarded the inaugural Rawcliffe Bridge Award for sustainability, with special commendation for his dedication to community.
The new award, organised by BASF, aims to recognise those farmers who are not only working closely to improve on-farm productivity in tandem with increased biodiversity, but those who go the extra mile to build strong community partnerships.

Mr Chappell of Gander Farm was joined in the final two, by arable and beef farmer Guy Prudom of Northfields Farm, in North Yorkshire, and both finalists attended the awards ceremony which coincided with a special 20-year celebration of the ongoing partnership between BASF and Rawcliffe Bridge Farm, where they have been building on biodiversity and advocacy work over the past two decades.

On winning the award, Colin Chappell said: “I am unusually lost for words. I know some of the people who applied for this award and to have pipped them all is just incredulous. It was an honour to have been in the final two with Guy and as soon as harvest is over, I want to go and see his farm and see what I can learn from him.”

Commenting on the future of sustainability in farming, he added: “We need to have a conversation about sustainably producing food, whilst also caring for the environment and the water and the people around us – that is what it is all about. That is true sustainability.”

Mr Chappell, who runs an arable unit on the banks of the river Ancholme, impressed judges with his engagement with carbon and soil monitoring; implementation of multiple wildlife schemes; his approach to reducing nitrogen, but above all, his dedication to community.

The award was supported and judged by representatives from BASF, Farm 491 and the Institute of Agriculture Management. Farmer judge Richard Hinchliffe of Dyke House Farm explained that when he was visiting the farms, he was looking for three core objectives, ‘people; profit and planet’.

“We had two fantastic finalists but a really special winner,” he said. “The thing that really impressed me about Colin’s setup, is what he did with some more economically deprived children from the local area, bringing them on farm and engaging them about agriculture and where their food comes from, and you could really see the passion he had for this,” he continued, adding that the judges were impressed by the mini classroom Colin has built on his farm for local school visits.

Fellow judge and Head of Farm 491, Sarah Carr added: “What was really striking from all the applications was that sustainability means something different to everybody and I don’t think you can put one definition to it. But what placed Guy and Colin above the rest, was that it is not just about profit or biodiversity, but also about community. It is the social aspect, engaging with schools and hiring local apprentices, the circular economy is what matters and that is why both their applications really stood out.”

BASF Agricultural Sustainability Manager, Mike Green explained why they felt it was important to introduce this new award and what legacy they hoped it would build.

“We had the 20 years celebration coming up at Rawcliffe Bridge Farm and we wanted to find a way of recording the value that people put on sustainability in their businesses and to find a way of celebrating them for the work they do.

“There are a lot of people who claim to be sustainable and are incredibly technically competent and are supporting biodiversity on-farm, but maybe weren’t interacting with the social side. We wanted to have a competition which recognises that there are three legs to the stool of sustainability, economic, environment and societal, and you have to be supporting all three of them, to keep it steady.”

Echoing similar sentiments to his fellow judges, he said that both finalists’ dedication to community was a ‘societal good that can often be overlooked in conversations around sustainability’.
Mr Green concluded: “It is not just about the yields you are achieving, or the latest machinery or technology you are using, but the other really valuable actions which can sometimes be invisible.

Both finalists are two people who can be seen as exemplars to the wider industry, and we hope that when their stories come out, they inspire others who might have felt they were invisible in their sustainability journey, to step up and have the confidence to share their story and enter next year’s BASF sustainability competition.”

As a prize for winning the award, Colin Chappell received a bespoke ceremonial plate, painted by a local artist, and both finalists have been given a free ticket to the Institute of Ag Management’s annual conference, and access to the expert network run by Farm491.

Rawcliffe Bridge was developed by BASF and the Hinchliffe family, to understand how to balance intensive farming and wildlife management. Over the last twenty years it has captured extensive data and welcomed thousands of visitors to learn how a productive arable farm can improve the natural environment, without sacrificing yield and profit. 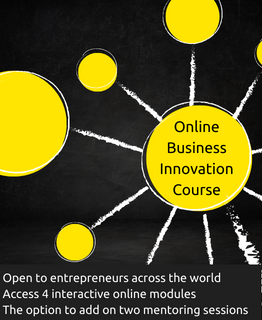